Things You Should Know About Modular Houses

Modular houses are those houses built in factory-like settings. The final product is covered and then transported to the new location where they will simply be assembled on site by builders. Remember that modular houses are not the same thing as manufactured homes. The difference between a modular home and a manufactured one is that the modular house is placed on a permanent foundation and can't be moved to another place once assembled.

How does a modular home differ from one built on site?

Modular houses are built in factories and are assembled on site. This leads to a significantly shorter amount of time required to erect the building. Houses built on site take months to complete, while modular homes take a couple weeks. Modular houses must also conform to a specific set of guidelines, building codes, and rules that generally surpass those of traditional homes.

Don't all modular houses have the same look?

Contrary to popular belief, modular houses don't all have the same look. There are no design limitations in place, which means that you are allowed to create any style home you want; from a traditional hall colonial to a Mediterranean house. You can also add any architectural details that you see fit, like windows or sliding doors, in order to create your dream home.

How are modular homes assembled?

Factory built homes start out as sections that are pre-built. For example, there may be one section for the living room, another for the bedroom, and so on. These sections are then transported on site and finally put together using cranes. This process is quite similar to a child playing with Lego blocks. Once set on their foundation, a modular house cannot be moved.

Will a modular house cost me more or less than one built on site?

Generally speaking, modular houses can end up saving you quite a bit of money. They are constructed in factories and can be built fairly quickly, which means that you will cut down on labour and construction materials costs. Not only that, but all inspections happen at the factory during the construction phase by third party inspectors; which means that you won't have to pay extra for on site inspections.

You should note that if you choose to custom build your modular house, you will pay more for complex specs and designs. Keep in mind that factors such as plumbing, electricity, or duct work are not included in the initial quote that you get and you will have to fit these in your budget. 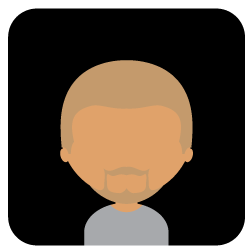